The Southern African Vinyls Association is making impressive progress as it aims to get South African hospitals and healthcare facilities to start separating and recycling non-hazardous waste made from polyvinyl chloride (PVC). 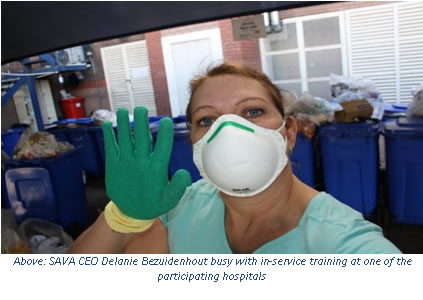 SAVA Chief Executive Officer, Delanie Bezuidenhout, has been heading up this project for the pasttwo years.“This project has been a dream of mine since I was a patient at a private healthcare facility in 2009 when I noticed the large amount of recyclable non-hazardous healthcare waste that was being disposed of in the healthcare risk waste stream,” Delanie says.


A change of heart and mind

SAVA estimates that more than 40% of all plastic-based disposable medical devices used in hospitals are made from PVC.  “Over 50 million IV bags are consumed annually in Australia alone. Together with oxygenmasks and tubing, at least 2 500 tonnes of locally recyclable material is available for collection and reprocessing, saving valuable resources. A 300-bed hospital could easily recycle around 2.5 tonnes of these quality PVC products each year which could be used to produce products ranging from gumboots to traffic cones.

SAVA started researching the concept of “practicing green health” in 2010, but their proposals and calls to recycle waste from hospitals were met with lukewarm enthusiasm at the time.“Fortunately, a lot of research on this topic has been done both locally and internationally, with numerous examples and case studies proving that it is indeed possible and economically viable for hospitals to adopt this approach,” Delanie says. 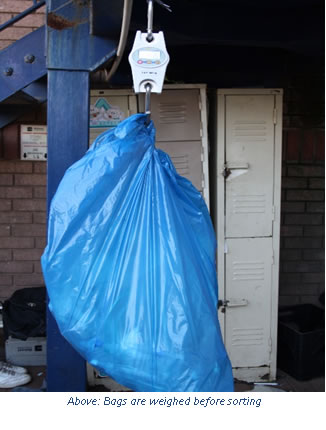 In 2012 the PVCMed Alliance was created, of which SAVA is a member.  “One of the main purposes of this international body is to promote the recycling of non-hazardous PVC healthcare waste world-wide.  Members of this alliance are currently rolling out projects in Australia, Europe, North America, the United States of America and South Africa,” Delanie says. 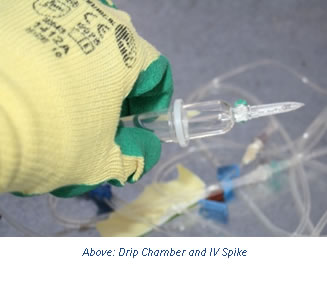 This past year, SAVA’s efforts were further bolstered after it secured much-needed funding for theproject by partnering with Adcock Ingram Critical Care.  Thanks to this support, SAVA was able to put research into practice.

“The support we are now receiving from the medical fraternity makes it clear that hospitals and clinics are rethinking the way in which they deal with healthcare waste.  They are starting to realise that recycling their non-hazardous PVC waste not only has a positive impact on curbing the costs of waste management, but it also increases their own awareness about conducting their day-to-day business in a way that is environmentally responsible and sustainable,” Delanie explains. 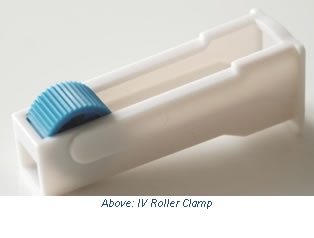 Five leading hospitals are already actively participating in SAVA’s pilot project, and SAVA is optimistic that they will be able to add another ten hospitals to their list early next year. “Our aim is to expand this pilot project to include at least 20 hospitals from various hospital groups. The data collected throughout the pilot project will then be used to create a “How To” guide for other hospitals wanting to implement similar projects at their facilities,” Delanie says.

To date, she has already provided approximately 120 hours of separation and recycling training to close to 2 000 staff members at healthcare facilities around the country.  Training included a PowerPoint presentation, practical demonstration, video and question and answer session.  Unit managers, head of departments, cleaning staff, nursing staff and waste management staff at participating hospitals were trained during these sessions.

“Within the first few days of starting the project at two of the healthcare facilities we already collected well over 150kg of recyclable PVC waste that would otherwise have been incinerated or disposed of in a hazardous landfill site!” Delanie says.  The majority of the PVC materials redirected for recycling were IV bags, oxygen masks and tubing.

Some of the obstacles SAVA has to overcome when implementing a project of this nature, includesconcerns about infection control, the risk of contamination if separation is not done properly and staff members who are resistant to change.

“Storage space could also be a problem, because adding yet another bin for another type of waste stream to a hospital’s existing bin sets could mean that it would be harder to achieve economies of scale when it comes to the logistics of collecting and removing the products,” Delanie explains.She says that ways to mitigate changeover challenges include proper ongoing education of hospital staff on correct separating procedures – something which is done already – and to have a specific champion at each of the healthcare facilities.They also teach hospital staff to follow the mantra, “When in doubt, leave it out.”


The weight of the matter

Whilst there is no denying that it is extremely costly to dispose of healthcare risk waste, implementing a country-wide initiative to divert reusable PVC materials from healthcare risk waste also comes at a cost.“However, by looking at international case studies it is possible to extrapolate that the move towards PVC recycling can be either cost neutral or a cost saving for hospitals. There are numerous other advantages for hospitals wanting to pursue this course of action, such as contributing towards the overall environmental compliance for the facility, enhancing community relationships, avoiding long-term liability and improving staff morale when they know they are doing the right thing.  Hospital staff we had the privilege of meeting were all very receptive to training and excited about the project,” Delanie concludes.