Russian market is gaining momentum again - positive outlook for the future applies in particular to the plastics, rubber and packaging sectors

interplastica and upakovka 2017 in Moscow attract plenty of visitors

Tremendous success for the premiere of 3D fab+print Russia

There is confidence in Russia about the year that has just begun: following a difficult period, dominated by political tensions, a drop in the oil price and a weak rouble, experts are now working on the assumption that the domestic economy will be moving out of recession. The World Bank is forecasting economic growth in Russia for 2017 too. Western companies are anticipating an upswing and see this as confirmation of their policy of maintaining their business contacts in crisis years as well. interplastica, the 20th International Trade Fair Plastics and Rubber, and upakovka, the 25th International Trade Fair for Processing & Packaging, in Moscow have now demonstrated that this positive outlook for the future applies in particular to the plastics, rubber and packaging sectors and the process industries associated with them. Developments in major consumption segments are leading to growing demand in the production of plastics and rubber products and packaging. Some 800 companies from 33 different countries presented their innovations on the SAO Expocenter exhibition site in KrasnajaPresnja from 24. to 27. January. 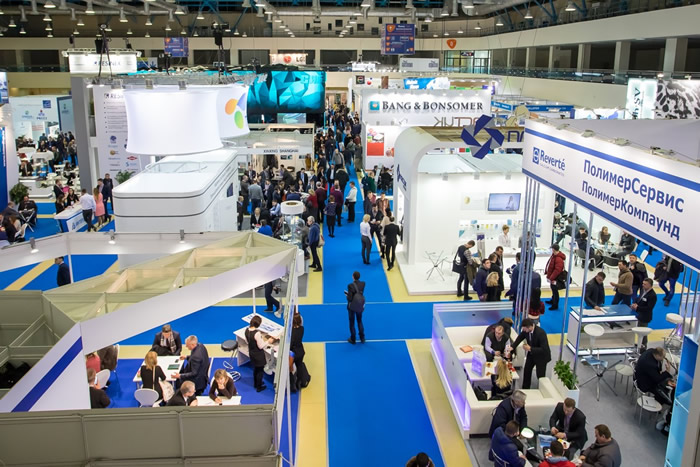 23,000 experts from all over Russia and from the neighbouring countries attended the two trade fairs. 20,900 visitors were recorded in 2016. “It is now paying off for the international exhibitors at interplastica and upakovka that they have maintained their presence in Russia and have remained in contact with their business partners there”, concludes Werner M. Dornscheidt, CEO of Messe Düsseldorf. “They are benefitting now that business is gaining momentum again. The atmosphere in the halls was remarkably good, the exhibitors talked about extremely interested businesspeople who were keen to place orders too. Trade visitors take the unique opportunity that is offered here to familarise themselves with the new developments on the world market and to negotiate directly with suppliers.” 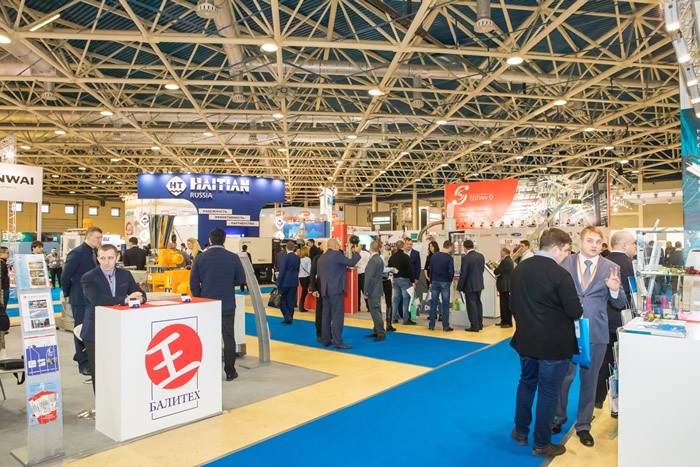 There continues to be strong demand for western technology at Russian companies. And there continues to be a requirement for substantial investment: processes and product quality are in particular need of further optimisation in the manufacturing of consumer goods, food and packaging. The visitors were as a result very positive in their response to the wide range of different companies and the product innovations, which gave them a valuable insight into trends and future market potential. Both exhibitors and visitors approved of the new hall layout on the exhibition site (interplastica in Halls 1, 2 and 8, upakovka in the hall forum).

How strong the interest in innovative technologies is was reflected at interplastica not only by the crowds of visitors on the exhibitors’ stands but also by the new platform 3D fab+print Russia. For the first time, Russian and international experts presented developments, opportunities and challenges of the new technology. Petra Cullmann, Global Portfolio Director Plastics & Rubber at Messe Düsseldorf, was delighted to see that all the lectures and presentations were extremely well-attended: “Messe Düsseldorf launched the brand 3D fab+print three years ago, in order to focus specifically on this issue – which will be of particular importance in future – at some of our trade fairs. There was overwhelming interest in the premiere here in Moscow; it is apparent that a very great deal of information is needed about this technology. I am certain that we will be giving it a special platform in the coming years too”. The “Meeting Point Raw Materials” is already an established feature of the interplastica programme. There was also a strong response to the lectures and discussion panels held at the Polymer Plaza in Hall 1.

Exports of plastics and rubber machinery to Russia have been declining for a number of years now. In 2015 (the most recent figures that are available), the total value of deliveries to the country from all over the world amounted to about EUR 570 million. This was 13.7 per cent lower than in the previous year. The two most important European suppliers, Germany and Italy, registered shortfalls too. The experts from the industry associations FachverbandKunststoff- und Gummimaschine at VDMA and Assocomaplast are expecting the negative development to have continued in 2016. The Russian market has never lost its significant position even so. German and Italian machine manufacturers are well aware of the good reputation their products have. They have confidence in the contacts they have built up over many years and have maintained them under the difficult conditions that have been experienced in recent years too.

German deliveries of plastics and rubber machinery to Russia decreased for the third year in succession. From January to November 2016, they amounted to EUR 73.3 million; this is a reduction of 38.2 per cent over the same period the previous year. However, since many other export nations are also having sales problems on the Russian market, Germany’s market position has not changed. Germany remains the most important supplier and has only lost minimal market share; it totalled 23.6 per cent in 2015. Germany is followed by China with a market share of 12.6 per cent and Italy with 9.2 per cent.

Thorsten Kühmann, Director of the trade association FachverbandKunststoff- und Gummimaschinen at VDMA: “We are now working on the assumption that business in Russia has bottomed out. The reason for this optimistic assumption is the noticeable upswing in the packaging sector as a direct effect of the Russian food sanctions. An increasing number of investments are being made in the domestic food industry due to the ban on food imports. The food products manufactured in Russia need to be given an appropriate shelf life afterwards. Business with German plastics and rubber machinery started to increase again in 2016 as a result. We are expecting this to have a positive impact on sales and exports in 2017.”

The Italian manufacturers have been reporting decreasing sales in trade with Russia since 2012 too; in the first three quarters of 2016, the plastics and rubber tooling and machines sold to Russia amounted to about EUR 36 million. Mario Maggiani, Director of the Italian machine manufacturing association Assocomaplast, shares the view that the economic situation is gradually improving: “The collapse in the price of oil and gas, which account for more than 40 per cent of government income, and the economic sanctions imposed on Russia by the EU led to a very difficult situation – the World Bank estimates that poverty in the country has reached the highest level since 2007. The situation is changing now, however – the fact that the total exports of products ‘made in Italy’ (machines as well as, for example, fashion) increased by 9 percentage points in December 2016 is definitely a positive sign. A substantial recovery is apparent, provided that the price of oil does not slump again. Although a great deal also depends on how the relationship between Russia and the USA develops after the election of President Trump.”. The Italian exhibitors were unanimous in their positive assessment of how interplastica went; the signs of an upswing on the market gives them confidence about the future.

The next interplastica will be taking place in Moscow from 23 to 26  January 2018, again at the same time as upakovka. More detailed information is available in the Internet at www.interplastica.de and from Messe Düsseldorf GmbH, Caroline Erben, tel. +49 211/4560-436, e-mail: ErbenC@messe-duesseldorf.de, and Claudia Wolfgram, tel. +49 211/4560-7712, e-mail WolfgramC@messe-duesseldorf.de