Frankfurt am Main, 7 May 2014. - Orders received by the German machine tool industry in the first quarter of 2014 were 10 percent up on the previous year. Domestic orders were 20 percent higher than last year, whereas orders from abroad increased by 5 percent. 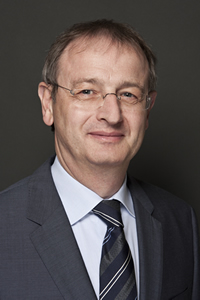 "The domestic market is a major source of demand for the machine tool sector right now," said Dr. Wilfried Schäfer, Executive Director of the VDW (German Machine Tool Builders' Association) in Frankfurt am Main, commenting on the result. Order levels began to rise at the end of 2012 and this ongoing trend confirms just how optimistic German clients are at the moment and how the domestic reluctance to invest is now well and truly over. This is also reflected by the sentiment levels in industry which have risen again recently.

A good example is the fact that the machining equipment sector, with its broad client base, has moved ahead to take the leading position, in contrast to last year. Orders have risen here by 14 percent. There was demand for a wide range of technology, especially turning and grinding machines plus machining centres. Forming equipment orders, by contrast, were 4 percent up on the previous year. Many orders were received in particular for sheet metalworking machines designed for a wide range of applications. Following last year's boom, the demand for pressing equipment has declined slightly.

No clear increase in demand as yet been noted from foreign customers. Orders from the euro zone in particular were down by ten percent. "We are pinning our hopes on Asia and America," explains Schäfer. The 9 percent increase seen in orders from outside the euro zone in the first quarter, by contrast, was much stronger.

All in all, the growth in production is quite healthy, he said. "The first quarter has given the green light to increased production in the current year," confirmed the VDW Executive Director. All assumptions, however, are based on there being no negative impact from international developments. If the conflict with Russia continues to escalate, this could carry a major risk for both sides. Russia is the third largest foreign market for the German machine tool industry and Germany is the biggest supplier to Russian industry. "The situation is already creating uncertainty in the financial markets," says Schäfer. And this could spread very quickly to the real economy.

Background
The German machine tool industry ranks among the five largest sectors in the country’s mechanical engineering segment. It supplies production technologies for metalworking applications to all categories of manufacturer, and makes a crucial contribution towards progressing innovation and productivity in the industrial sector overall. Due to its absolutely key position for industrial production output, its development is also an important indicator for the economic vigour of the country’s industrial sector as a whole. In 2013, the German machine tool industry produced machines and services worth around 14.5 billion euros, and was employing about 71,600 people (annual average for 2013, firms with more than 20 staff). This corresponded to growth of 2 per cent.