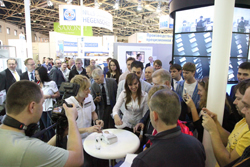 Frankfurt am Main, 26 June 2014. – At the Metalloobrabotka 2014, the international trade fair for the metalworking sector, held in Moscow from 16 to 20 June 2014, the German machine tool industry showcased its capabilities with 134 exhibitors on a net exhibition area of around 4,000 m². “That’s a new record and shows that the German manufacturers are determined to show the flag in the important Russian market”, said Dr. Wilfried Schäfer, Executive Director of the VDW (German Machine Tool Builders’ Association), speaking to Russian journalists at a press conference.

Nevertheless, he pointed out that the business concerned had become significantly more difficult. Due to high capital outflows and rising interest rates, the Russian economy is in crisis. Consequently, the user industries, chief among them automakers, precision mechanics/optics, including medical technology and metal producers, are dramatically downsizing their capital investment levels. So the British researchers at Oxford Economics, the VDW’s forecasting partner, are expecting a minus of 6 per cent in Russia’s machine tool consumption during the current year.

“This means Russia’s industrial sector is losing valuable time for expanding and modernising its production facilities, something that the government has repeatedly prioritised in its industrial policy-making”, said Schäfer. Modern-day production technology, he continued, is urgently needed  to enable domestic demand to be more effectively met in the short term and on the global market to successfully reduce the country’s dependence on raw material exports in the medium term. German machine tool manufacturers, he stressed, have always in the past proved to be reliable partners. Their technology is highly appreciated among Russian customers. Russia is the third-largest export market for Germany. With a volume of around 518 million euros and growth of 8 per cent, Germany was the most important supplier of production technology for Russia’s industrial sector last year. 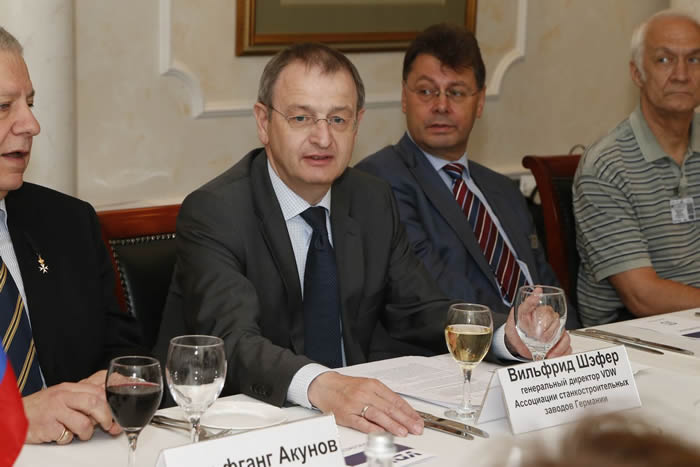 Due to lengthy lead times in project business, German exports also rose in the first quarter of 2014, by 11 per cent. A dip is foreseeable, however, since order bookings almost halved in the same period. In parallel, the German authorities, due to the ongoing turbulences in the Ukraine, have well-nigh put on ice the approvals required in the context of export control for products subject to mandatory approval. Which is also why the German exhibitors at the Metalloobrabotka see definite trouble ahead. To quote Herbert Klewenhagen, for example, Managing Director of SHW Werkzeugmaschinen GmbH in Aalen: “Concealed embargo regulations are putting at risk the successful cooperation between Russian and German companies that has been built up over decades. The familiar dependability of German companies is being severely doubted.” In addition, he continued, other countries are taking different approaches to interpreting and implementing the existing export control regulations. This is confirmed by Rolf Kurz of Emag Gruppen-Vertriebs- und Service GmbH, Salach. “Russian customers are saying that unproblematic  deliveries are more easily possible with non-EU and Asian vendors.” Finally, Russo-German machine tool business is additionally suffering from the massive devaluation of the rouble, which renders machines from Germany substantially more expensive.

Not all German manufacturers are painting a gloomy picture: vendors of machines not subject to mandatory approval continue to be satisfied. To quote Matthias Heinemann, Area Sales Manager at Kapp Niles in Coburg: “Demand has weakened a bit. Nonetheless, the level can be characterised as sound and solid. Our prognosis for business with Russia is therefore definitely upbeat.”

However, the German exhibitors recorded fewer visitors to their stands. Hartmut Ortlepp, Managing Director of Maxion in Pössneck, Thuringia, confirmed: “We welcomed about 20 per cent fewer visitors to our stand. Nor did any new visitors or potential customers come.”
The fair’s organiser Expocentr also spoke of lower visitor numbers, though the fall was not quantified.

Picture Top Right:
According to the organisers, the Metalloobrabotka 2014 attracted fewer trade
visitors than the preceding eve